Thanks Forum for the space.

I've had this car for about 25 years & it is now time to find a new home. Car came from SoCal with a used 427-W code engine in it where it had sat at a body shop for a loooong time. Block had a few holes in it from broken rods & was not worth saving. Original C-6 was still Ok as well as the rear end.
Car was completely stripped & blasted with walnut shells then put on a rotisserie were it sat for another loooong time while I worked on other projects. Finally finished all body work, shot underneath in tinted red oxide Lizard Skin with engine bay area going in satin black. All new 9" rear with TracLok & 31 spline axles & all new suspension & brakes, front & rear.
Engine is a newly-built warmed over 428 CJ (about 3 hours run time) along with the original C-6 rebuilt to HD specs, new torque convertor, starter, etc...
New windshield, vinyl top, headliner and all w/strips. All paint work has recently been completed on the Cyclone in black BC/CC and I have started to finish re-assembly. Original console, shifter, front buckets & both rear seats come with car along with majority of parts to finish car.. even a near flawless rear body "corral" molding. New 15" Cragar SS wheels & TA radials & new re-chromed bumpers included.
Good TN title. Will sell for $18,000.00, no trades....just cash or bank check. Located in the Knoxville, TN. area.
CLARIFICATION: I did not mean to imply that this car had a "factory installed" W code 427 engine in it, the car was built as a 390 GT car & someone installed a used W code 427 engine in it after it left the factory. The original 390 GT & the remains of the W code 427 engines are not available. Sorry for any misleading info.
Link to build; 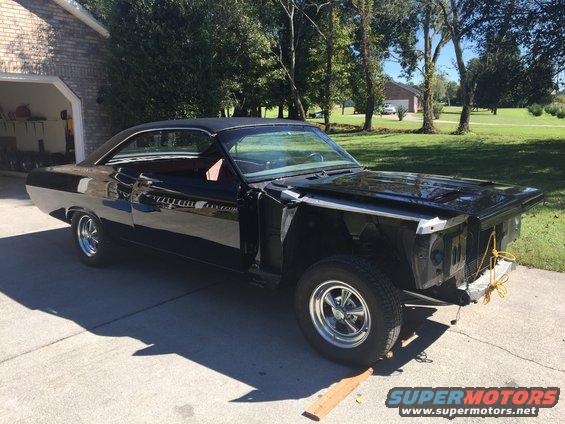 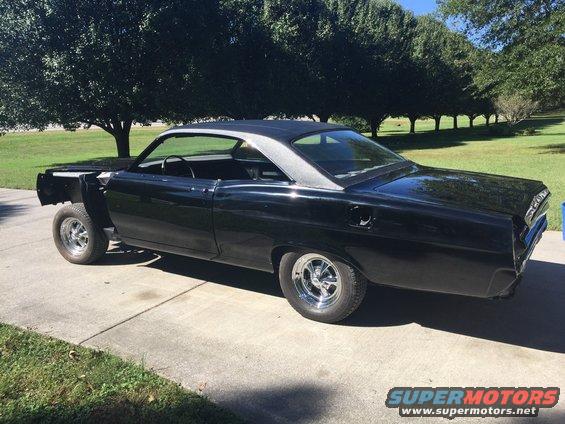 That is a huge amount of work done to that beast!
Lotta car with an amazing platform to build on.
GLWS
1967 Caliente Hardtop Small Block
Factory A/C
Factory Front discs
Factory AM/FM
Top

Update on '67 Cyclone....
The Cyclone has had all paint work recently completed and I am gradually starting to attempt re-assembly. Serious health problems have put everything on hold for way too long and nothing has gotten done to the car. I will continue to do what I can until the car sells.
Thanks, Rick
rbt3246(at)bellsouth.net
Top
Post Reply
3 posts • Page 1 of 1