I believe the 1966 Falcon had a Seat Belts light accessory (as pictured below). I would like to hack one of these into my 1965 Comet... so I am looking to understand how this accessory worked and was installed.

Does anyone know how the light functioned and/or how this was wired up in the later cars?

I think the light was connected to a relay (also pictured below)... and I think that relay had an internal timer. E.g. this was a seat belt reminder (timed light) vs. a seat belt warning (based on a sensor in the belt). If I am correct then this relay would have been connected to the accessory power line such that when the ignition was engaged the relay received power. The relay then passed that power onto the light while also starting an internal timer. When the relay's internal timer expired the relay would then halt passing power to the light.

If I have this correct then I believe I can hack this into my car if I acquire these two components (and nothing more). Is anyone out there able to confirm/deny my speculation?

Two follow on questions:
1) How was the relay wired? Given my above speculation I am a bit confused as to why the relay has three poles. Two poles would make more sense.
2) Where in the dash this was intended to be installed - if by any chance any of you has a car with one of these lights I would love to see a picture of it in your dash. 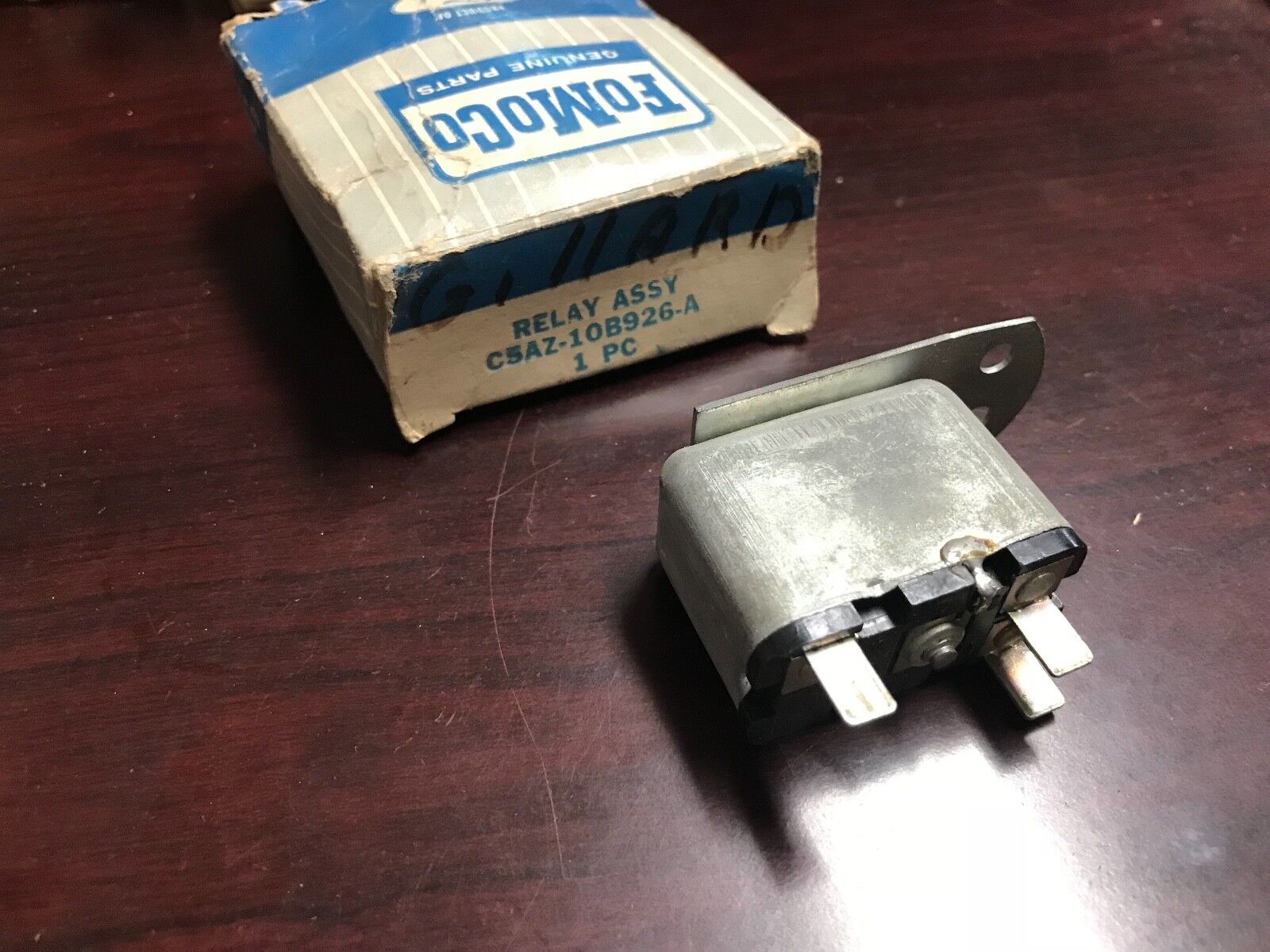 I don't have any idea how this would work or wire up but I can make a guess on the relay terminals (probably totally wrong) but one terminal to power on, one to the light and one to ground? I can't see where there would be two hot wires unless one goes to the start circuit to begin the time down the other from accessory hot and the final to the light?

I guess we will all find out when you get it wired, I found this from a link in a Mustang forum showing a modern version of a timer relay, maybe you can find the proper way to wire it and it will help you http://hellahd.com/index.php/default/el ... roduct-12/

This wiring diagram was also on the same forum showing a delay timer wired in for a fuel pump relay.

Again not sure any of this will help you or if you ave already seen these.

I would assume that one pole on the relay is common, one is the primary that powers the relay, and the third is secondary or switched line that is pulled in by the relay to turn on the light.

My 65 Comet has the optional BRAKE light that lets you know the parking brake handle is up. It looks just like your seat belt light.
That light is located on the lower dash to the left of the steering column. It flashes when the brake is on.
The seat belt light may have been located in the same position.